It all started with cute Instagram photos and ordinary dogs and puppies became celebridogs. We can all agree that it's difficult competing for likes with these adorable creatures.

Pet parents are now taking things a notch higher. A vibrant Instagram account and professionally captured images are no longer enough. Pets are making it into wills, family vacations and outrageous birthday parties are now the in-thing in the dog world.

Ladies and Gentlemen, we present to you, 6 of the most outrageous celebrity dog birthday parties; Sofia Vergara is not one to miss a party, especially if it's Baguette's 5th birthday. Baguette is Sofia's son's (Manolo Gonzalez) dog. One fine morning in December 2018, the little Chihuahua woke up to a money gun shooting thousands of dollars on her bed. It is estimated that the pup was showered with about $5,000 dollars. Sofia invited human guests to the party just to celebrate this special day. The birthday baby wore a pink floral dress to match her light brown fur. Just like any other birthday party, this one had a special dog cake with Baguette's sculpture, just to remind everyone who the birthday girl is. She was later showered with gifts and treats before 'Instagramming' the photos on her Insta stories. 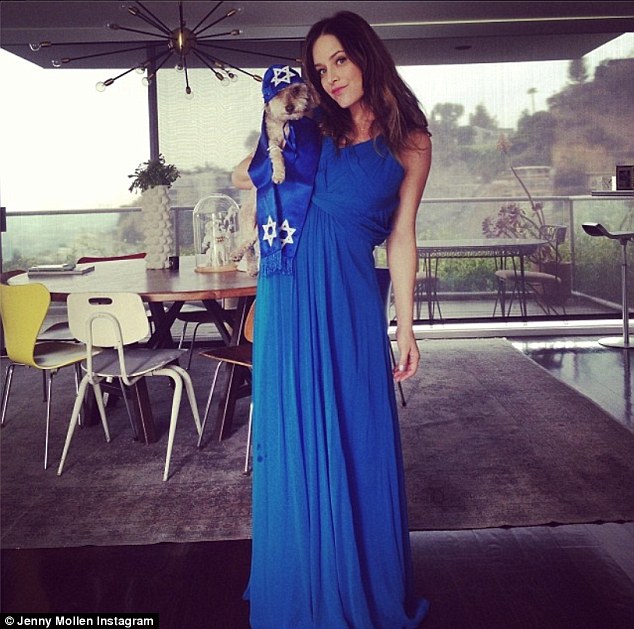 When Teet turned into a man (13 dog years), actor Jason Biggs, his owner threw a special party for him. He may not have spent much on it but it was definitely outrageous. The party was held at the Sinai Temple (a Jewish temple) and it involved a traditional Jewish candle lighting ceremony. Teet wore specially designed blue clothing with the religious Jewish Star of David symbol. Instead of an extravagant cake, Challah, a traditional bread was served. Teet then traveled the world thereafter in his special costume. What a rite of passage! 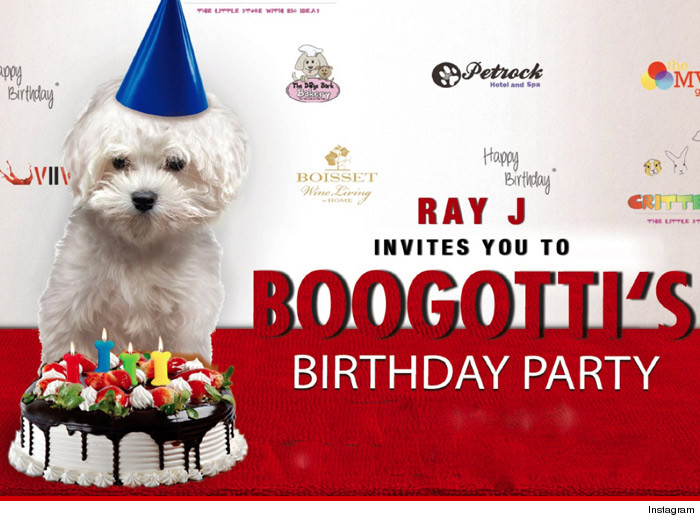 Singer Ray J went all out in a $30,000 birthday party for his dog, Boogatti. Just so we're clear, $ 30,000 is the average amount spent on things like an undergraduate degree course, a house down-payment or a lavish wedding. The party took place at the Petrock Hotel and Spa and tons of other puppies were invited. There were human guests too but all the attention went to the dogs who had a red carpet to walk on. Yes, a red carpet for the canines. There was also a station for dog treats and presents too. What a lucky dog.

This hilarious comedian was not joking when she organized a jungle-themed birthday party for Sir Alfred Hitchcock. Sir Alfred is Fisher's rescue dog. Corrine was just not in the mood of throwing herself a party for her 32nd birthday and she instead opted to spoil her pet. Sir Alfred's party was planned for by professional organizers and it featured animal print decor and dog costumes. Of course, there was a special dog birthday cake with Sir Alfred's painting on the top.

5. The Obamas
Does a party at the white house sound too outrageous? Not so much if you live there. Bo and Cappy Obama (the two family pets owned by the former first family) get a party every now and then. Nothing extravagant but right before Obama won his second term his daughters invited their dog-owning friends over to the white house. They held a low-key party for Bo and Cappy. The former first lady Michelle joined the girls in singing a happy 4th birthday for Bo. The dogs had their play dates with other dogs and of course, you wouldn't miss dog treats at a white house party. Feaur may not be a celebrity but the 'outrageous dog birthday party' crown goes to her. In April 2016, Feaur threw a 6th birthday party for their family dog, Preston. This party bore much semblance to a performance at the Grammys. Preston, a cute Coton de Tulear (his breed), had a couple of costume changes during the black and white themed event. He also rocked a bandana on his neck draping down to his chest, with the words "Can't hold my Licker". The party was held at a bar and 30 guests were in attendance. If you're looking for the best all natural cakes, celebs go to The Dog Bakery. The cakes are made with fresh dog safe ingredients. You choose the shape, color, recipe and message, and The Dog Bakery does everything else. Even ships it to your door. There you have it, 6 outrageous celebrity dog birthday parties. Clearly, dogs are becoming an integral part of families and pet parents are going out of their way to show some love. If you want to join this league of outrageous 'dog party throwers', you may start planning now. If you're however a low key pet parent, you could also consider a quiet surprise party for your little pup. Remember to get your dog a special dog-friendly cake which we can make for you. How to Host a Doggie Easter Egg Hunt How to host a Doggie Quinceañera